Don Monroe, a Flying Officer and flight instructor in the Royal Canadian Air Force, squinted, trying to see past the blizzard that had destroyed his visibility.
Veteran Stories, Inspirational Life, Traditions of Durham Retirement Residence, Ontario, Retirement, Oshawa, ON

When they say no 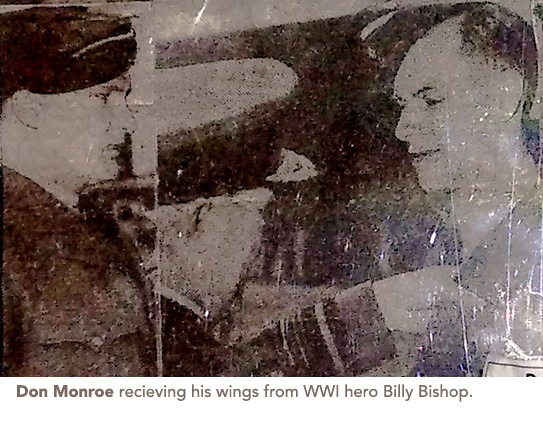 Outside the plane, the world was washed white.

Don Monroe, a Flying Officer and flight instructor in the Royal Canadian Air Force, squinted, trying to see past the blizzard that had destroyed his visibility. He had been doing a cross-country trip in Ontario near Godridge when the spotty weather turned into a full-blown storm.

“All of a sudden it was a blizzard! White out!” Don said. “I was flying and I couldn’t see anything. It was all white.”

He dropped his plane down to 100 feet, trying to find his way back to Godridge. He had to follow his compass until he hit the shoreline, after that he swung north.

“I couldn’t find Godridge, so I turned south and followed the coast along. Finally I could see it. It was a 10-hour flight.”

Don was born in London, Ontario in June 1918. He joined the reserves as a teenager and enjoyed taking the machine guns apart and putting them back together.

“When the war came along they took all these young guys into the army,” Don said. “And of course we had to have a medical, and I had a medical and they said ‘you can’t go.’”

When Don asked why, he was told he had flat feet, and that he wouldn’t be able to march. “I said, ‘I can walk from London to Toronto and back.’” 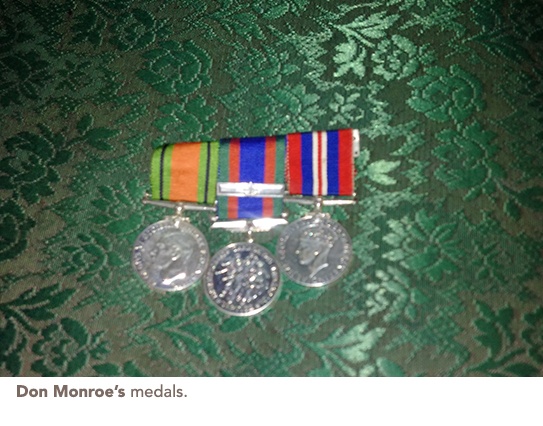 But he still wasn’t accepted, so Don took matters into his own hands and joined the air force, where marching wasn’t much of an issue. He was 21 years old.

Don got married in 1942, while he was in training for the air force. He and his wife met in 1940, while he was working as an accountant at an automotive factory. She was the foreman’s daughter, and the two crossed-paths when she came in to work.

In 1943, Don’s wings were presented to him by WWI hero Air Marshal Billy Bishop at Aylmer in Ontario. He then went to the airport in Oshawa, Ontario, where he trained young pilots to fly Tiger Moth airplanes. In the two years he served as a flight instructor, Don logged 1,500 hours in the air.

He was then sent to England as a Flying Officer, and flew Hurricane and Spitfire fighting planes. He was stationed in Germany while the Allies were doing the thousand-plane raids. Don said the airport he was at always kept their lights on, even at night, despite the danger of enemy attack, because their planes often came back with wounded men.

“I was the duty officer of the control room one night, and at about 2 o’clock in the morning a German plane came across,” he said. The German plane was shooting 200mm cannons.

“I could see the bullets coming right at me,” Don said, “but they were going by me, to the railway station.”

Though not the German pilot’s immediate target, Don wondered about his future plans. “I thought that guy was going to come back and get me, but he never did.”

After the war ended in 1945, Don left the air force. He moved to Oshawa with his wife and got a job at a car dealership. Together, he and his wife had three children. Now 98, Don is a resident at Traditions of Durham Retirement Residence in Oshawa, where he enjoys doing anything active. He regularly plays bocce ball and horseshoes with his neighbours.

When asked if he would change anything, Don said no.

“I would have lived the same,” he said. “I had a great life and a wonderful wife and I wouldn’t change a thing.”

Sneih Charan has led anything but an ordinary life. She’s travelled the globe, found love at first sight, and paved her own way through the world.
END_OF_DOCUMENT_TOKEN_TO_BE_REPLACED
Villa Da Vinci Retirement Residence

Look inside to see how our residences celebrated the holidays and rang in the new year!
END_OF_DOCUMENT_TOKEN_TO_BE_REPLACED