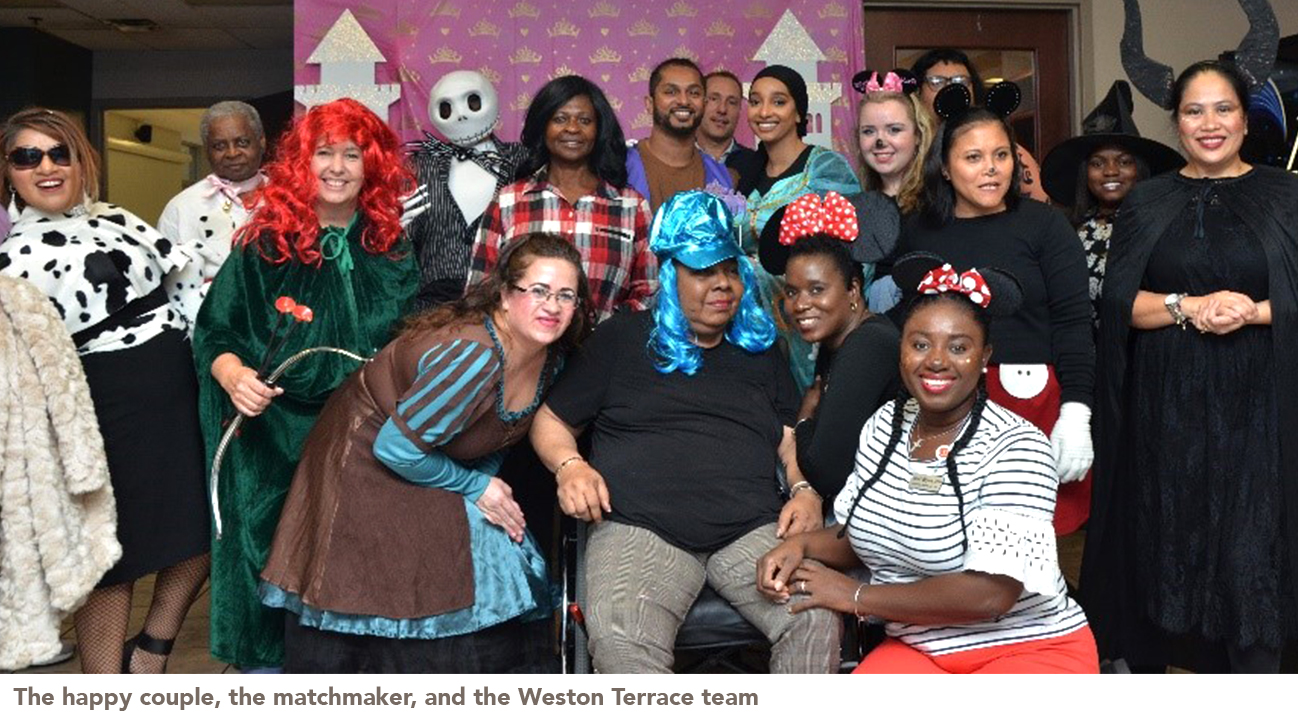 Thanks to the hard work of Juliana, a resident at Weston Terrace Care Community in Toronto, her nurse, Fatima, is now happily engaged to Vishal, who worked with medical transport services.

“We never spoke to each other, we just kind of smiled at each other when we passed each other in the hallways,” Fatima said. “One of the residents, Juliana, she noticed… she talked about it a lot. She’d say, ‘oh, Fatima, he has a crush on you. Why don’t you talk to him?’”

Juliana made it her mission to get the couple together. She asked Vishal for his number and gave it to Fatima, but she never called him. Fatima said she’d assumed that because Juliana had asked for his number, Vishal had simply been too polite to not give it to her.

Juliana was undeterred. Within four months Vishal asked Fatima out. He picked her up after one of her shifts.

“When I went outside after my shift I saw him and he had flowers. We went out, but the kitchen was closed so all we were able to get was water, and we were just talking,” Fatima said with a laugh.

The two celebrated their engagement at Weston Terrace Care Community, where Fatima is a nurse. It was a Halloween celebration, and featured a speech from Juliana.

“I can’t wait to start our life together,” Vishal said. “I think it’s going to be awesome!”

For Executive Chef Mackenzie Jones, food is what brings people together. Read about his love of cooking and bringing joy to the residents he serves.
END_OF_DOCUMENT_TOKEN_TO_BE_REPLACED
Island Park Retirement Residence

Bob first met Ann when she was only two months old — it’s a meeting he can’t remember, as he was only a month older.
END_OF_DOCUMENT_TOKEN_TO_BE_REPLACED
Stories from our Team

Each month, we’re pausing to recognize some of the outstanding team members who work with us. Thank you for the work you do each day. You are all...
END_OF_DOCUMENT_TOKEN_TO_BE_REPLACED