A woman in the Royal British Air Force 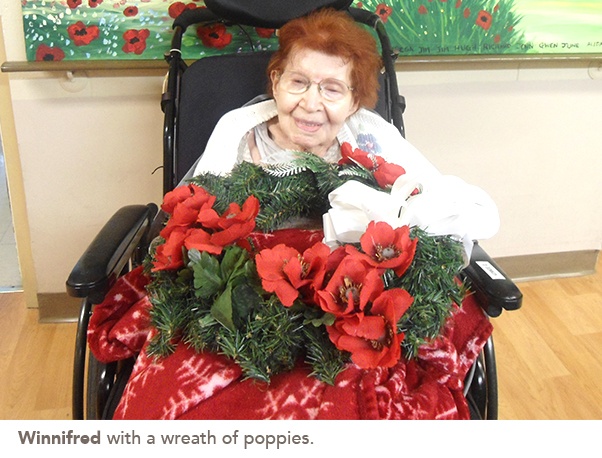 Winnifred Grant’s childhood was bookended by war. Born in London, England, in 1918, just as the first world war came to a close, Winnie joined the Royal British Air Force and entered WWII when she was still in her teens.

“Before I joined, all I could remember was the sound of bombs falling from planes,” Winnie said. “After I joined, my life was all about helping the British army.”

Winnie spent her war days helping pilots get ready for their missions. When the war ended in 1945, Winnie was happy to get back to civilian life.

“The war ended, and I left along with it,” Winnie said. “It was a wonderful time when the war was over.

“Everybody could finally sleep… there was no more sleeping in the basement!”

After the war Winnie worked in a daycare for several years and got married. Today she is a proud grandmother, and enjoys participating in activities at Owen Hill Care Community in Barrie, ON, where she lives.

For Executive Chef Mackenzie Jones, food is what brings people together. Read about his love of cooking and bringing joy to the residents he serves.
END_OF_DOCUMENT_TOKEN_TO_BE_REPLACED
Villa Da Vinci Retirement Residence

Helen Tonus, 89, has profiled about 120 team members at Villa Da Vinci Retirement Residence in Vaughan, ON, where she lives. Helen has lived at Villa...
END_OF_DOCUMENT_TOKEN_TO_BE_REPLACED