The clip-clop of hooves sounded against the pavement as team members from Carolina Retirement Residence led several Newfoundland ponies into meet residents.

“The residents had an amazing time. They all love the ponies, and the ponies love them,” said Cassie McDougall, the concierge at Carolina. “I have already been asked when the ponies are coming again!”

It isn’t the first time the residents have seen the ponies. Last summer, they had a bus trip to Willow Creek Stables, which is where the ponies are from.

“Ever since they have been asking to go out and see the ponies again,” Cassie said. Cassie knew about the stables because she boards her own horse there.

Willow Creek Stables helps preserve Newfoundland ponies, which are endangered. Cassie said that because of this, being able to see the ponies was a nice educational experience for the residents as well.

“The experience was very educational as well, with learning about the critically endangered Newfoundland ponies, and all the efforts that Willow Creek is doing to help save them,” Cassie said. “It was so exciting to see all the resident light up and [have the ponies] brighten their days.” 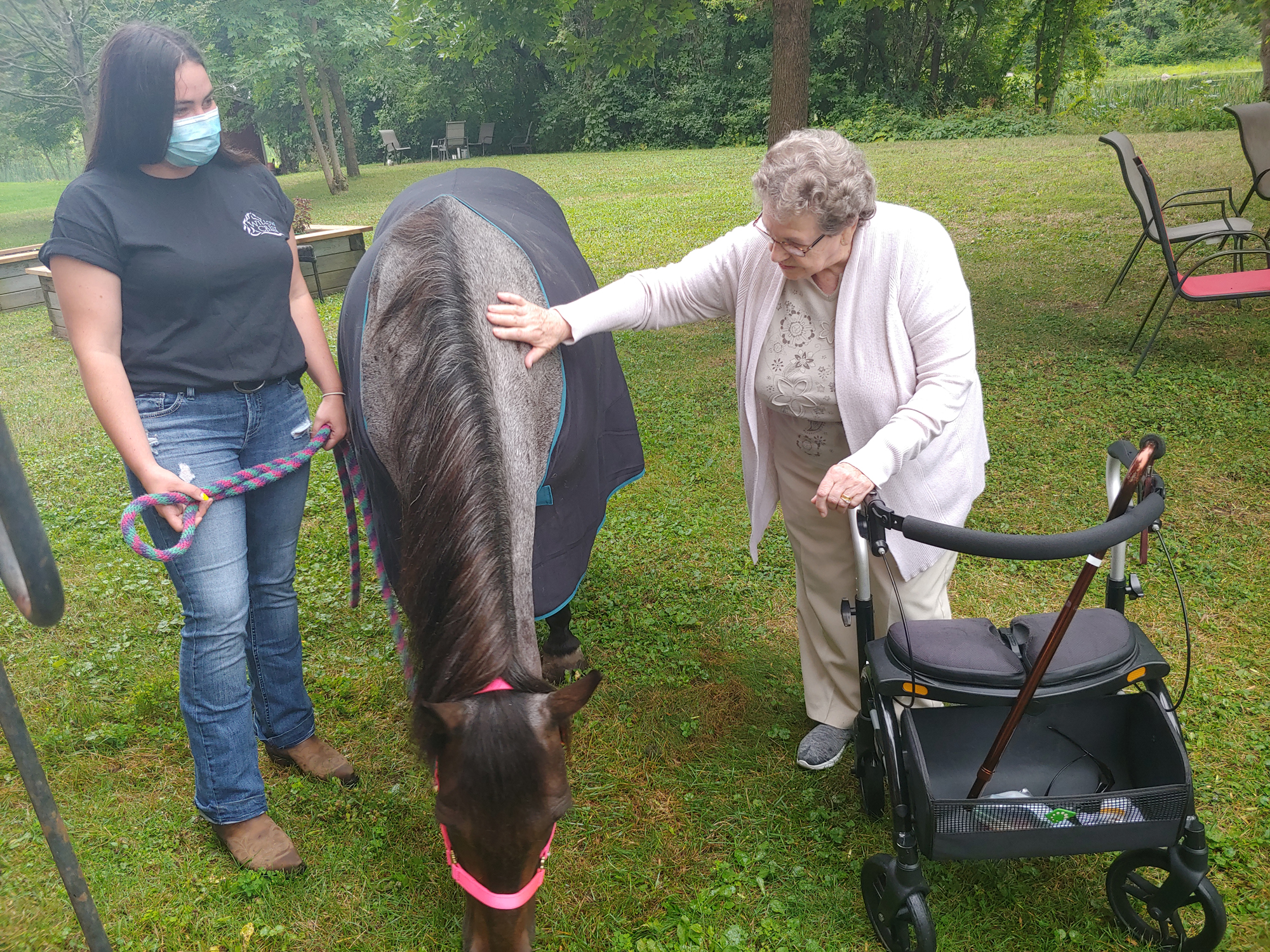 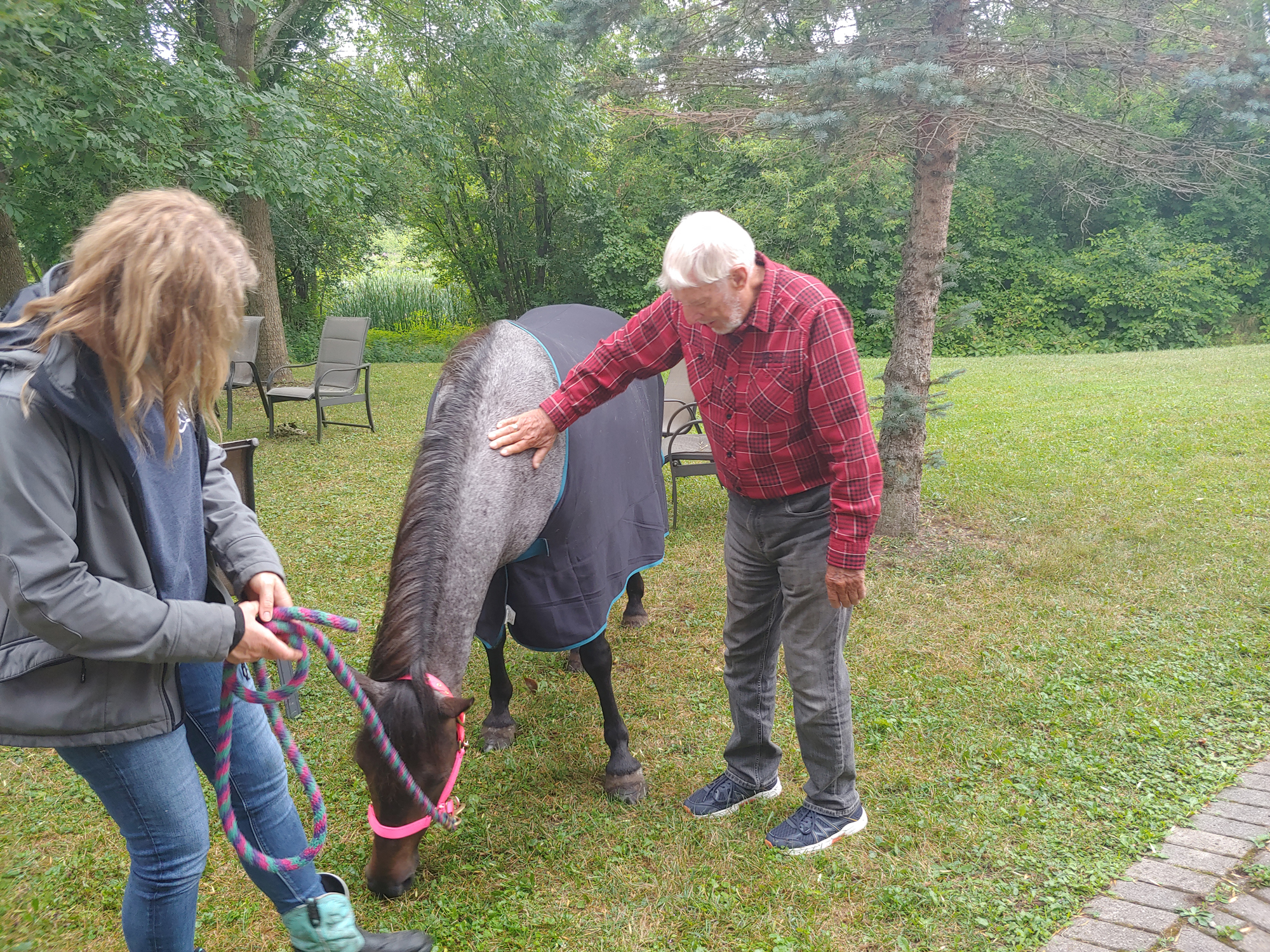 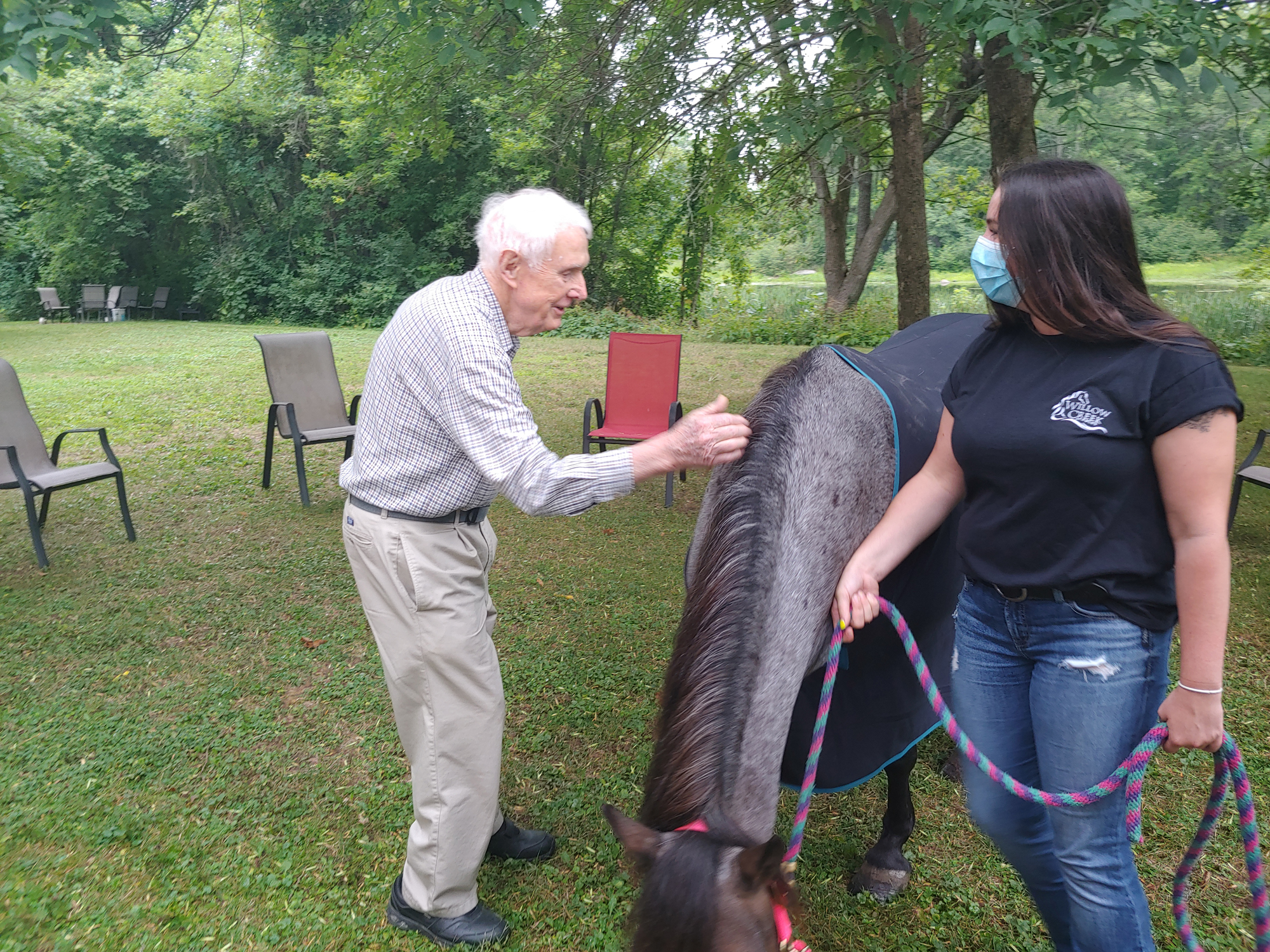 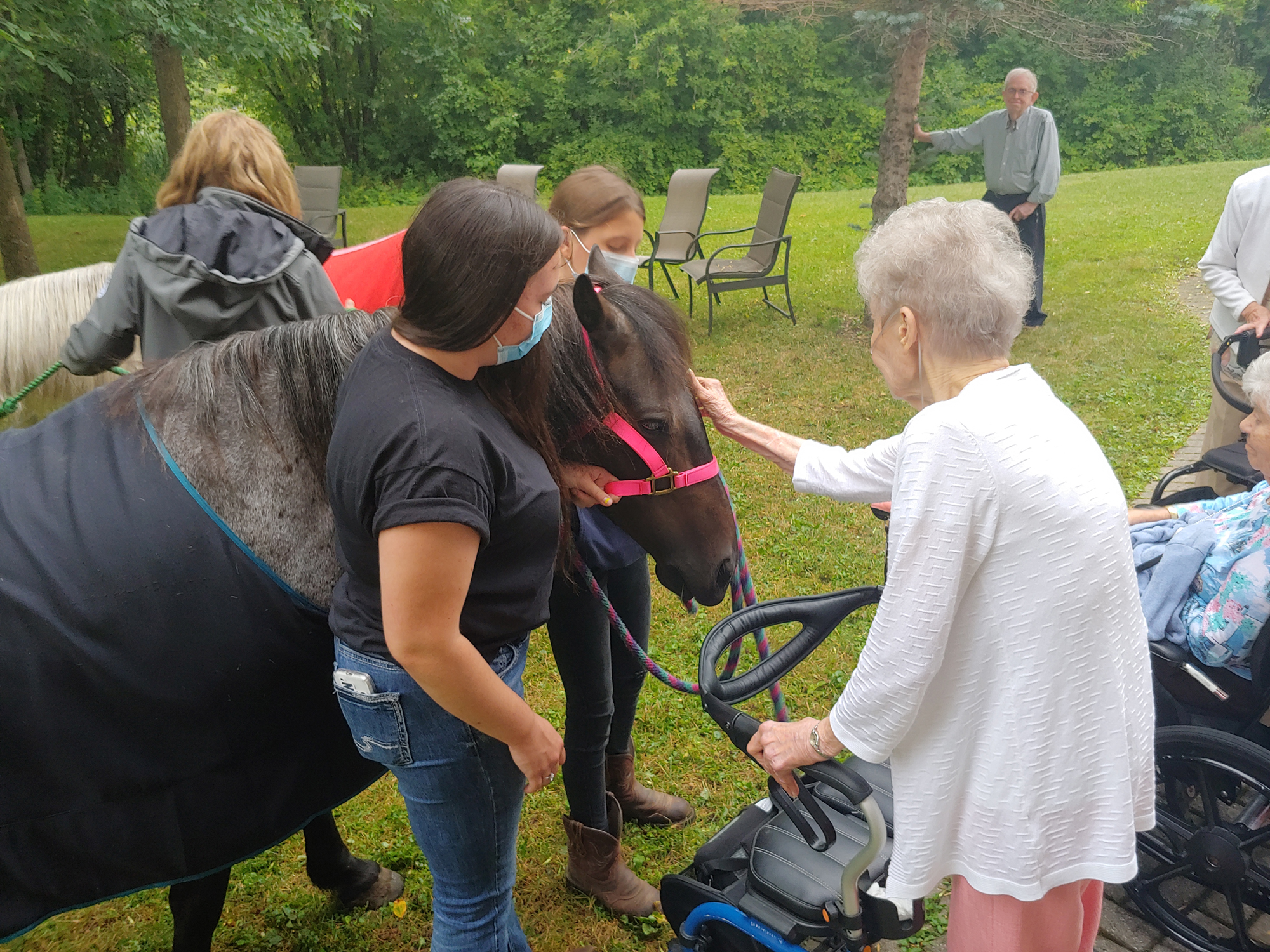 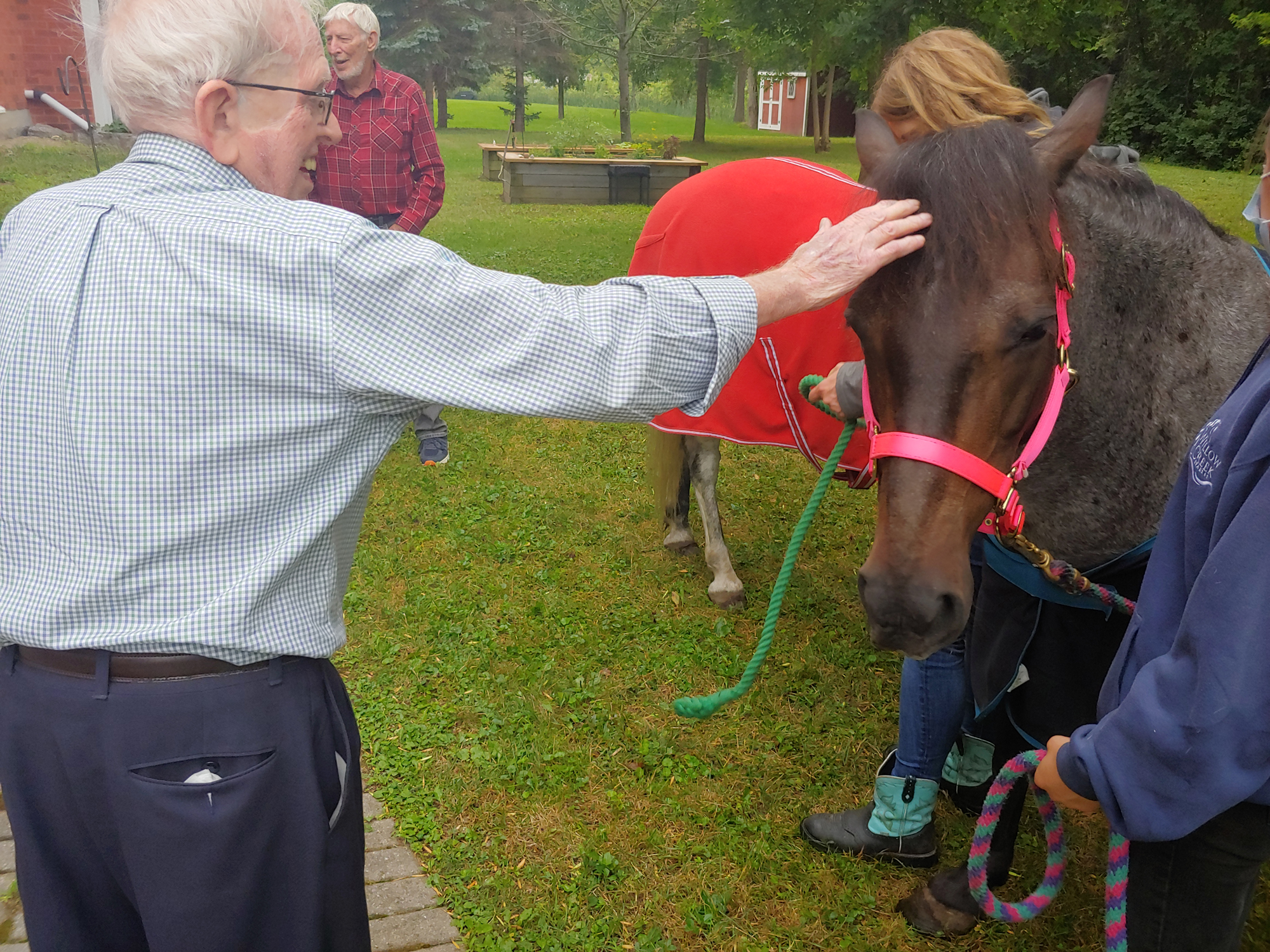 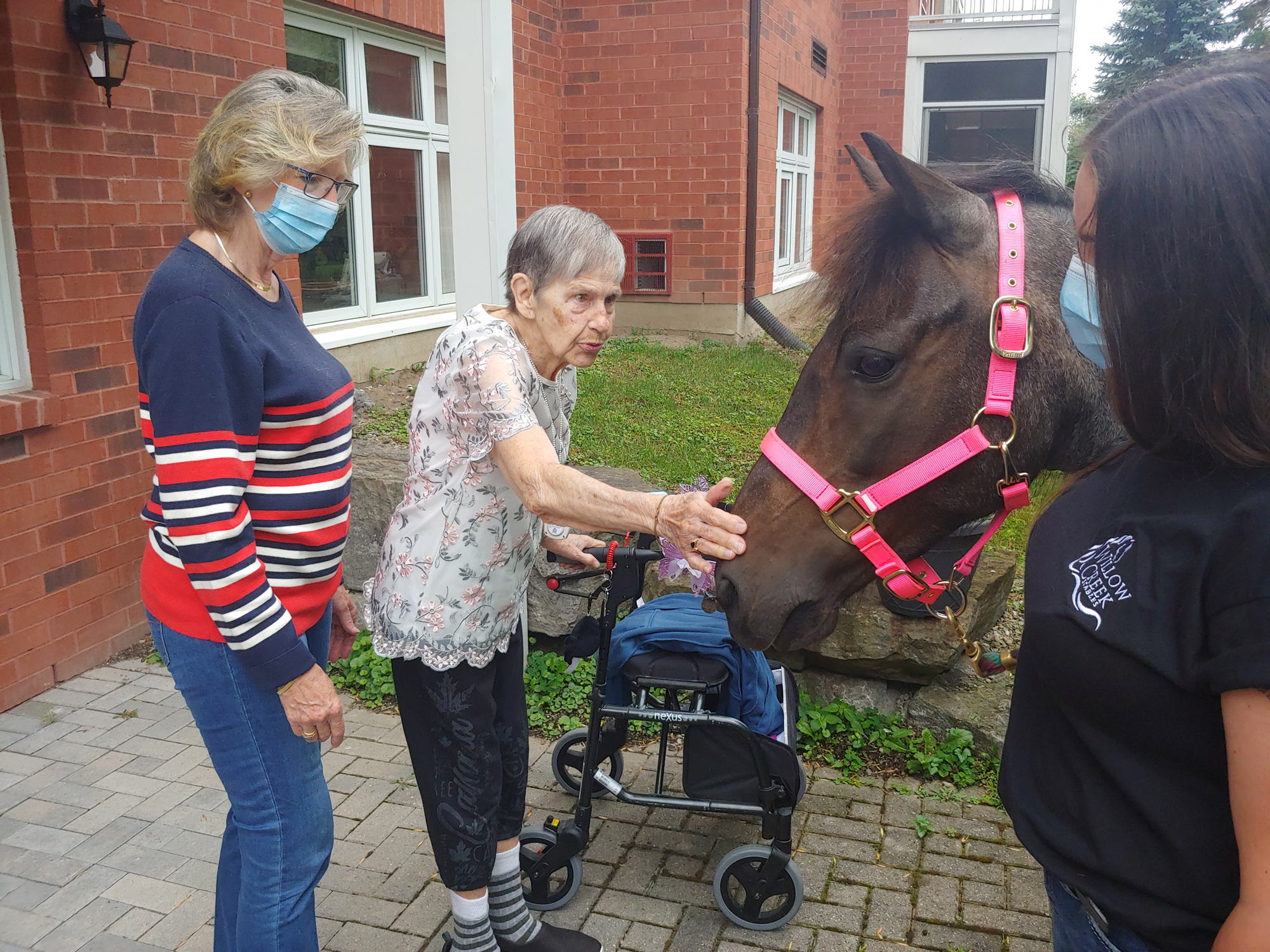 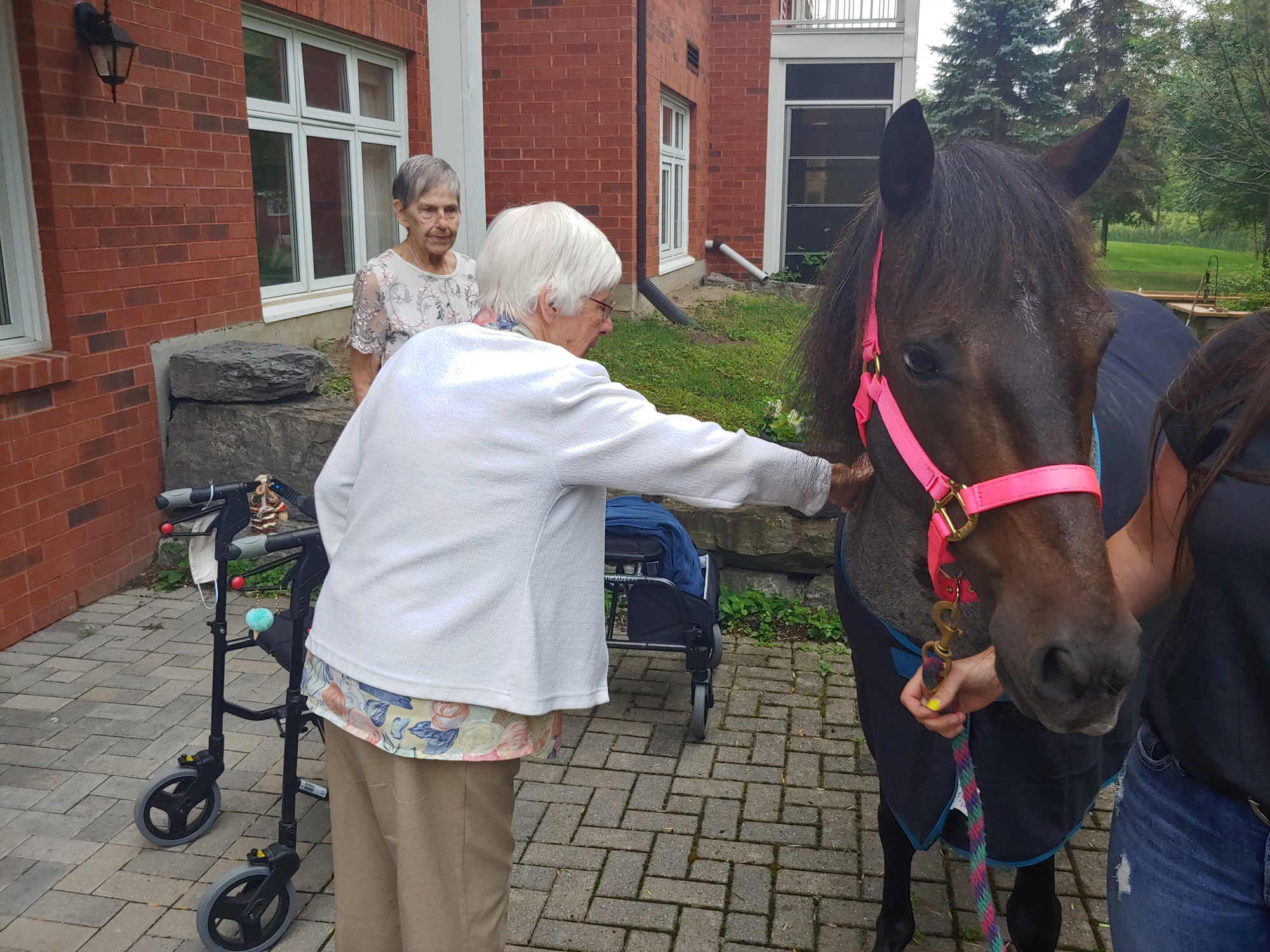 Sneih Charan has led anything but an ordinary life. She’s travelled the globe, found love at first sight, and paved her own way through the world.
END_OF_DOCUMENT_TOKEN_TO_BE_REPLACED
Ontario

For Executive Chef Mackenzie Jones, food is what brings people together. Read about his love of cooking and bringing joy to the residents he serves.
END_OF_DOCUMENT_TOKEN_TO_BE_REPLACED